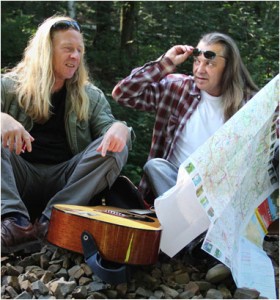 Home of The Flame

The Flame is a music project by two music-mad fanatics, who´s many years of creative musical experience flow into their own songs, producing music as the source of optimism and joy in this mad world.

The band´s name is based on “Flamme”, the nickname of the singer/songwriter and founder, Frank Flemming.

Frank (Flamme) Flemming has been involved in music since he was 14 years old.
He has been active in school bands, student bands and professional bands and he has completed various musical educational standards.

While he was working on his second album “Men Like You”, he came across the locally well known guitarist, Peter Viertel through his fascinatingly accurate and attractive playing. Peter´s musical experience includes multiple bands and projects ranging from classical accompaniment to progressive rock.

The cooperation continued onto the third album “Outsider” (2011), causing The Flame to reach to new heights of creativity.

The fourth album “Bosporus”, which includes more oriental influence was released in Spring 2013.