After a gestation period of over three years, “Lifelines” experienced a rather difficult birth. Frank Flemming, Peter Viertel and Sound Engineer Erik Berger sweated over this project for over three years to give these thirteen musical pieces the final touches. 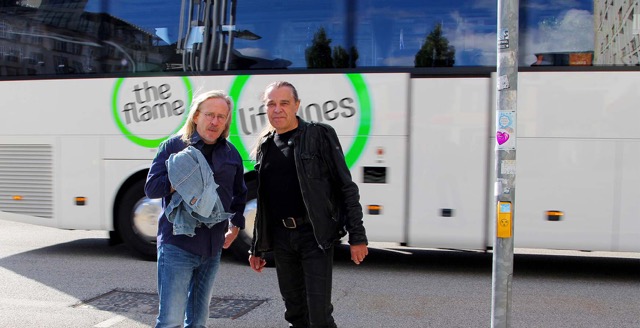 The Flame’s previous album “Bosporus” was designed to create a musical bridge between East and West, wonderfully diverse, as well as graceful and full of secrets. The Flame now attempted to approach other fields with its new production. Although songs such as the fragile “Stroke Unit”, the fairytale “Endless Sky” or the opener “It Doesn’t Matter” are structurally simple songs, they manage to glow with original melodies, sophisticated arrangements and polyphonic texts. What is new is the discrete approach to the genre of progressive rock. 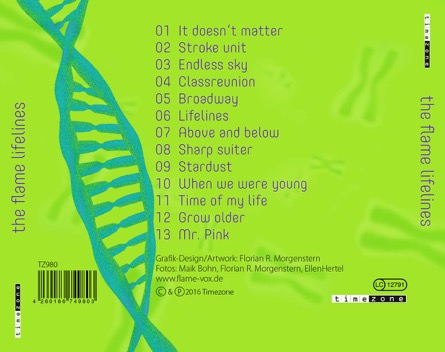 Apart from the epic scale theme song “Lifelines”, the at first bulky “Sharp Suiter” ends with a wonderful, atmospheric instrumental part. The mysteriously floating “Stardust” weaves the web further. “Mr. Pink” remains as a tribute to the genius of Syd Barrett, the founder and first songwriter of British music legend Pink Floyd. Detail, dedication and soulfulness are keywords that are characteristic of this, the fifth album from The Flame. “Lifelines” is not necessarily a happy album on first (or even on further) listening, but it can be fun to allow yourself to get caught up with the drive of the new songs and maybe get involved with trying to figure out the thoughts behind them. It is perhaps symptomatic of this album that after sad and seemingly despondent moments the themes can eventually raise a glimmer of hope.